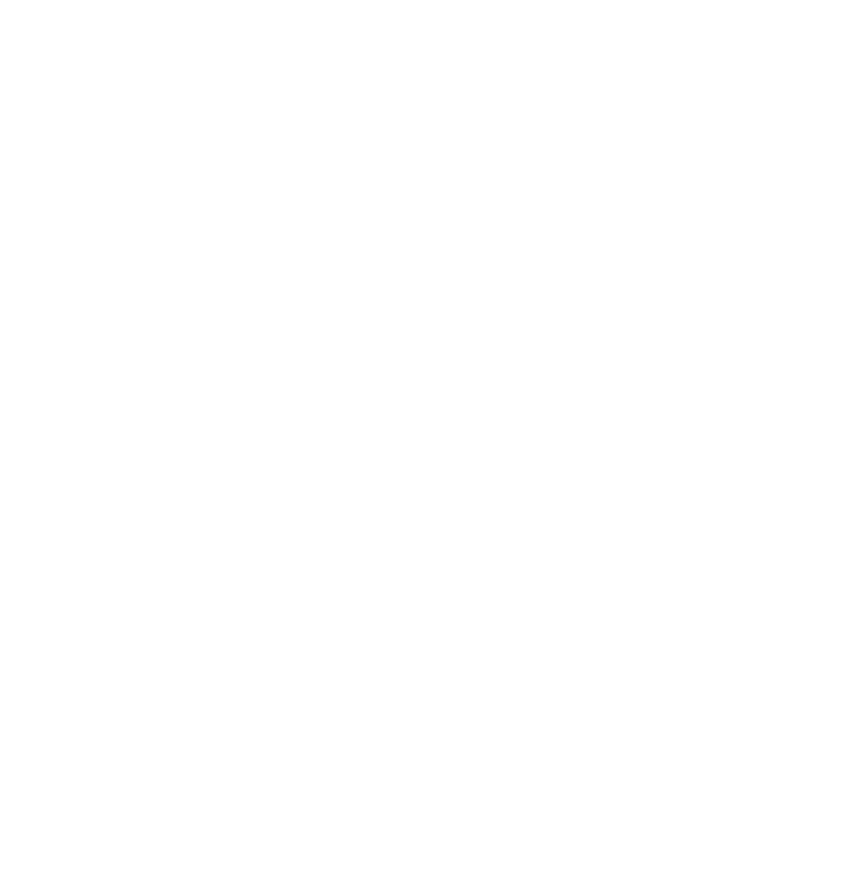 Ivan Pisarev,
Malware Analyst at Group-IB
"Serious product for individuals with skills and experience," — that's how Gustuff was advertised by its seller nicknamed Bestoffer on an underground forum in December 2018. Although the Trojan was developed by a Russian-speaking cybercriminal, Gustuff operates exclusively on international markets. The list of its potential targets includes users of Android apps of top international banks, crypto wallets and popular ecommerce websites. Gustuff is a new generation of malware complete with fully automated features designed to steal both fiat and crypto currency from user accounts en masse. Group-IB's malware analyst, Ivan Pisarev, breaks down how he researched Gustuff.
Intro
Group-IB's Threat Intelligence system first discovered Gustuff on hacker forums in April 2018. According to its developer, nicknamed Bestoffer, Gustuff became the new, updated version of the AndyBot malware, which since November 2017 has been attacking Android phones and stealing money using web fakes disguised as mobile apps of prominent international banks and payment systems. The price for leasing the «Gustuff Bot» was $800 per month.

The analysis of Gustuff sample revealed that the Trojan is equipped with web fakes designed to potentially target users of mobile Android apps of top international banks including Bank of America, Bank of Scotland, J.P.Morgan, Wells Fargo, Capital One, TD Bank, PNC Bank, and crypto services such as Bitcoin Wallet, BitPay, Cryptopay, Coinbase etc. Group-IB specialists discovered that Gustuff could potentially target users of more than 100 banking apps, including 27 in the US, 16 in Poland, 10 in Australia, 9 in Germany, and 8 in India.

Gustuff infects Android smartphones through SMS with links to malicious Android Package (APK) file, the package file format used by the Android operating system for distribution and installation of applications. When an Android device is infected with Gustuff, at the server's command Trojan spreads further through the infected device's contact list or the server database. Gustuff's features are aimed at mass infections and maximum profit for its operators — it has a unique feature — ATS (Automatic Transfer Systems), that autofills fields in legitimate mobile banking apps, cryptocurrency wallets and other apps, which both speeds and scales up thefts.

After being uploaded to the victim's phone, the Gustuff uses the Accessibility Service to interact with elements of other apps' windows including crypto wallets, online banking apps, messengers etc. The Trojan can perform a number of actions, for example, at the server's command, Gustuff is able to change the values of the text fields in banking apps. Using the Accessibility Service mechanism means that the Trojan is able to bypass security measures used by banks to protect against older generation of mobile Trojans and changes to Google's security policy introduced in new versions of the Android OS. Moreover, Gustuff knows how to turn off Google Protect; according to the Trojan's developer, this feature works in 70% of cases.

The malware is also capable of sending information about the infected device to the C&C server, reading/sending SMS messages, sending USSD requests, launching SOCKS5 Proxy, following links, transferring files (including document scans, screenshots, photos) to the C&C server, and resetting the device to factory settings.
Analysis of malicious program
Before installing a malicious Android OS application, a user is shown a window containing a list of the permissions requested by Gustuff: 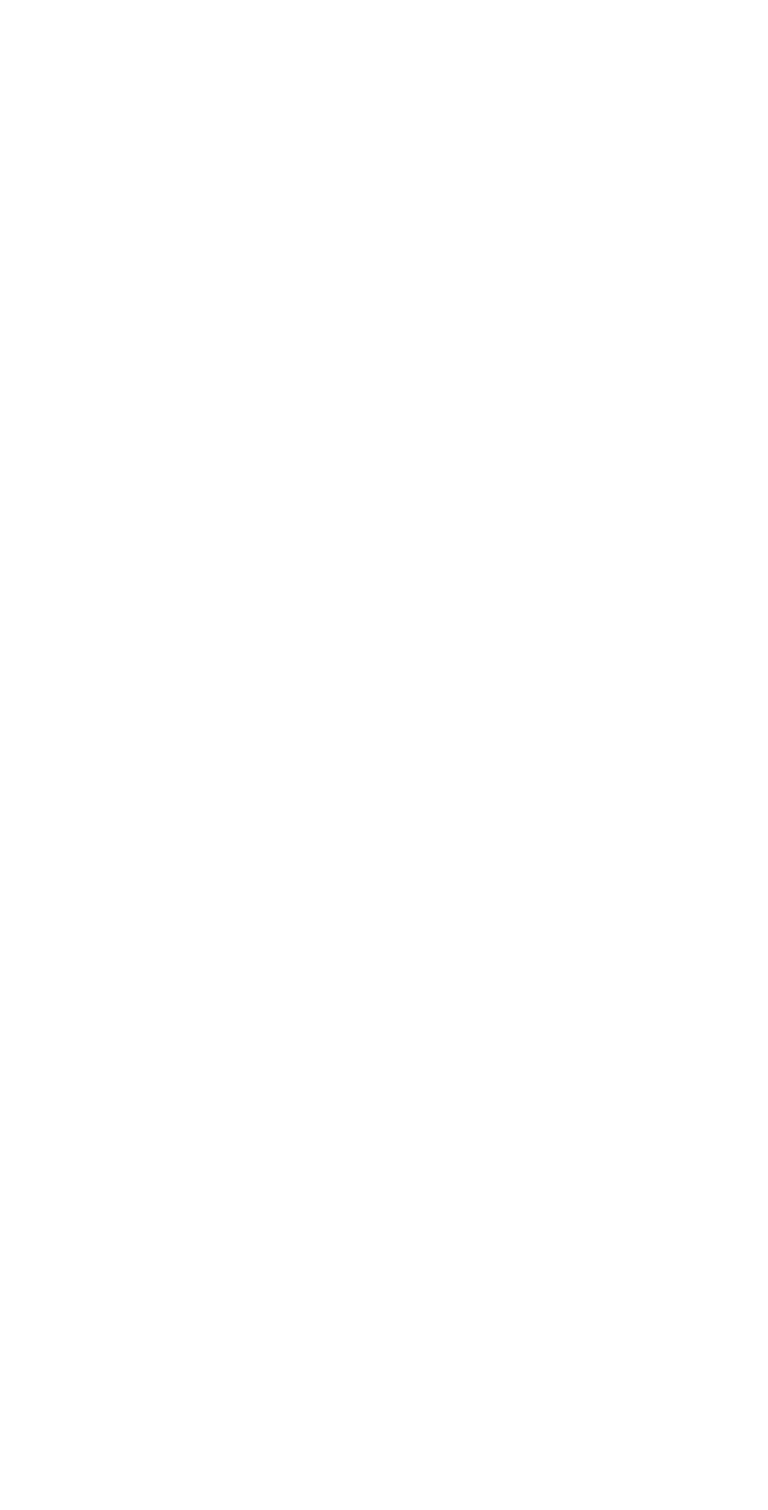 Once the user gives these permissions app Installation starts. After launching the application, the trojan will show the user a window: 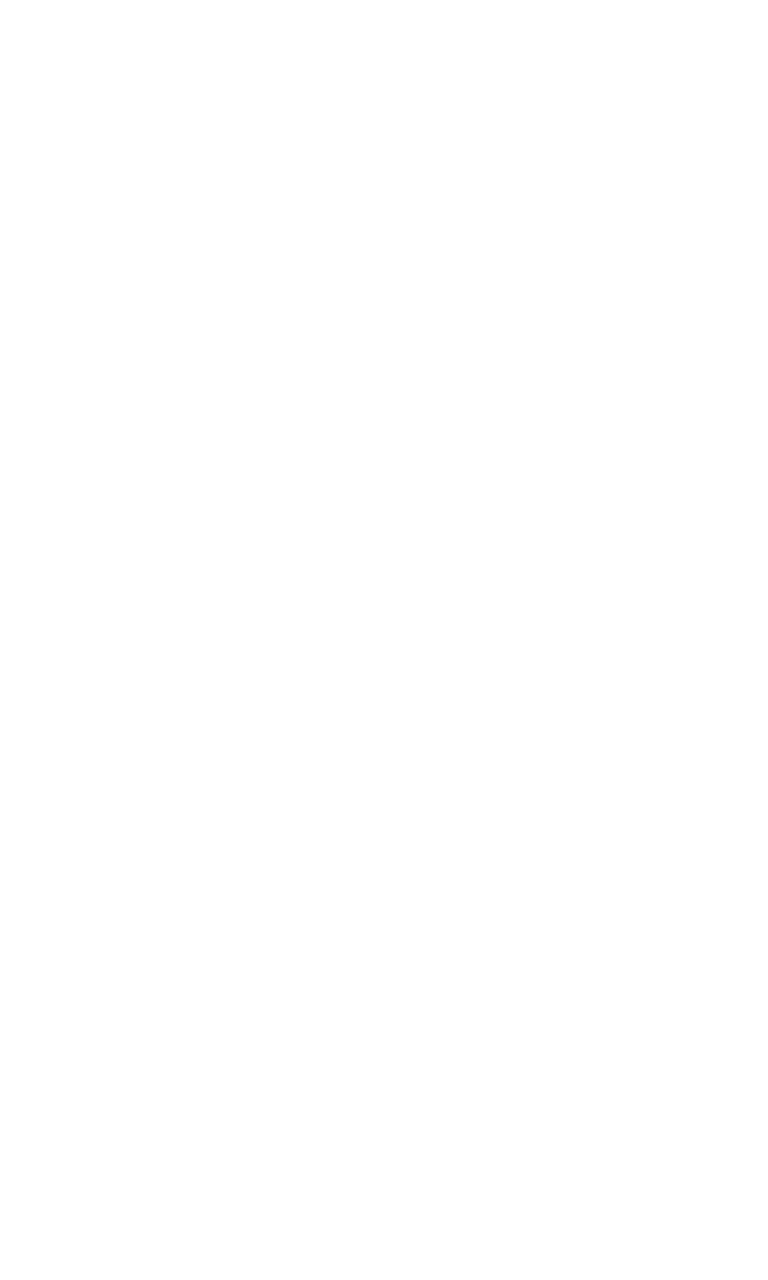 After that, Gustuff deletes the app icon.

Gustuff is packed, according to its developer, with an FTT packer. Once launched, the application requests commands from the CnC server. Some of the files that we examined received commands from the the IP address 88.99.171 [.] 105 (hereinafter referred as <% C&C%>).

One launched the application starts sending the messages to the server http: // <% C&C%> /api/v1/get.php.

In response to the requests the server is expected to send commands in JSON format:
At each request, the application sends information about the infected device. The message format is shown below. It is worth noting that the full, extra, apps and permission fields are optional and will be sent only if the internal flags of the program are set by the C&C server.
Configuration Data Storage

The application stores C&C servers addresses as an array of Base85-encoded strings. The list of C&C servers can be changed once a respective command is received. In this case the addresses will be stored in preference files.

In response to the request, the server sends a command to the application. It is worth noting that the commands and parameters are delivered in JSON format. Below is a list of commands that can be received from the C&C server:

The list commands that can be executed byтthe application includes action. Once the respective command is received from the server, the command processing module accesses this service to execute anтextended command. The service accepts JSON object as a parameter. The service can execute the following commands:

PARAMS_ACTIONS — the same as PARAMS_ACTION, but a JSON array of commands comes.
Some might be interested in what the function of interaction with the elements of the window of another application looks like. This is how this functionality is implemented in Gustuff:
Text replacement function:
Therefore, if the C&C is set up correctly, Gustuff is able to auto-fill text fields in banking apps and click on the objects to conduct transfer. The Trojan doesn't even need to complete authorization in the app, it just needs to send a command to display a fake push notification to make the user open the app. The user logs in himself, and Gustuff performs ATS.
SMS processing module

The application sets an event handler to trigger when the infected device receives SMS messages. The application can receive commands from the threat actor that come in the body of an SMS message. Commands have the following format:

The application checks all incoming SMS messages for the string 7!5 =. Once the string is found, it decodes the Base64-encoded string starting at offset 4 and executes the command. Commands are similar to commands received from C&C. The output is sent to the same number from which the command was received. The response format is as follows:

Also, the application can optionally send messages to the C&C server. SMS messages are sent to the server in JSON format:
If the nameGenerator(«DEFAULT_APP_SMS») flag is set the application terminates processing the SMS message and clears the list of incoming messages.
Proxy module
The application includes the Backconnect Proxy module (hereinafter referred to as Proxy module). This module has a separate class that includes static fields with configuration. Configuration data is stored in the sample in plaintext:

All actions performed by the Proxy module are logged into files. The application creates a directory called "logs" (the ProxyConfigClass.logsDir field in the configuration class) in External Storage, where the log files are stored. Events are logged to files with the following names:

1) main.txt – the operation of the class called CommandServer is logged to this file. Further, the str string logging into this file will be referred to as mainLog (str)

2) session-<%id%>.txt - log data associated with a specific proxy session is saved to this file. Further, the str string logging into this file will be referred to as sessionLog (str)

3) server.txt – all data written to the above-mentioned files is logged to this file.

The Proxy module is launched upon command. Once the respective command is received, the application starts a service called MainService, which is used to control the operation of the Proxy module, i.e. its start and termination. The service is launched within the following stages:

The command processing class is called CommandConnection. After the start, it performs the following actions:

Once the command is received, the application logs:

When the connectionId command is received (to create a new connection), CommandConnection creates an instance of the ProxyConnection class.

In response, the server sends a SOCKS5 message that contains the address of the remote server with which a connection should be established. Interaction with this server is performed using the end class. The scheme of connection is represented below: 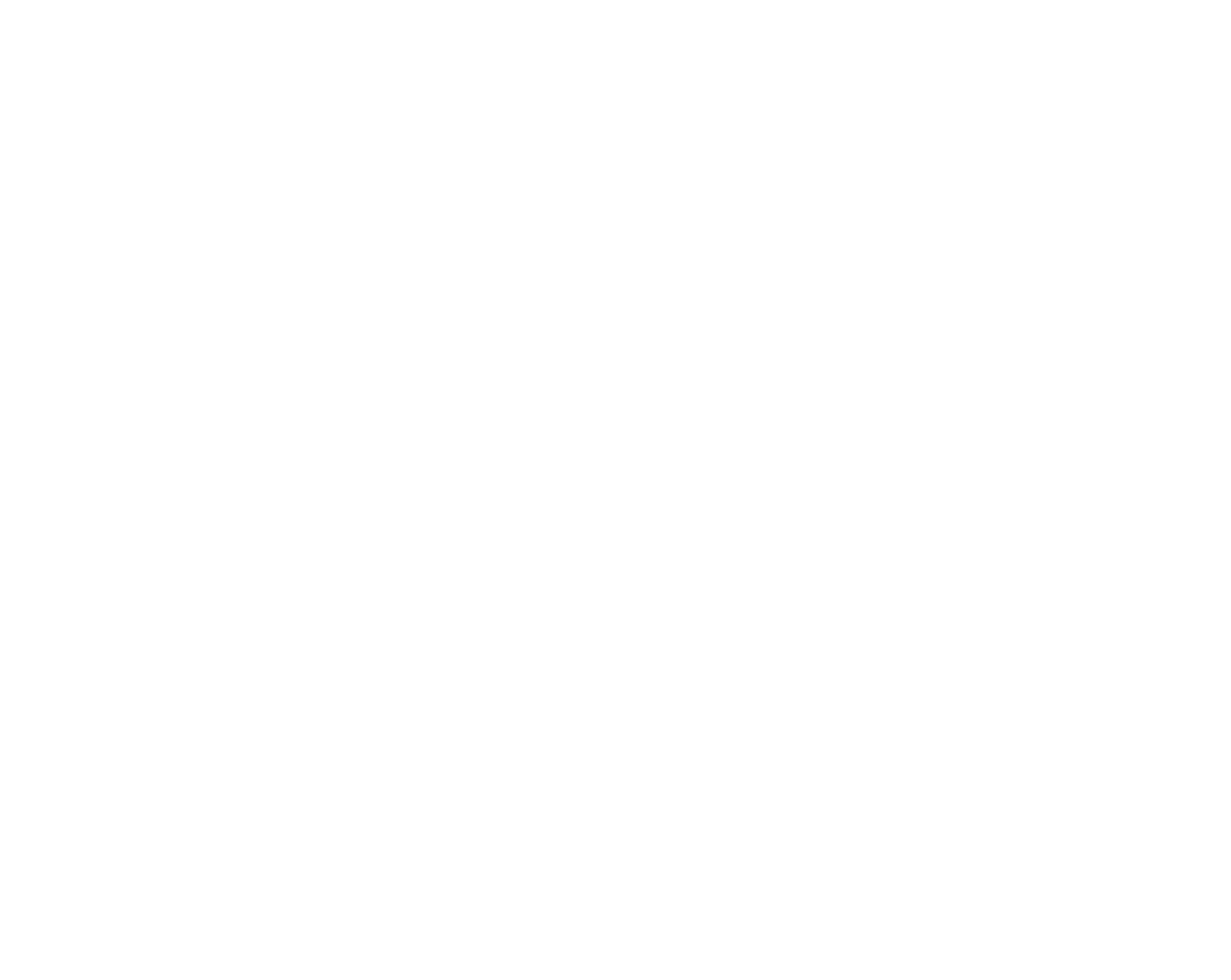 Network communications
Communications between the C&C server and the application could be performed using SSL protocol to prevent traffic analysis by network sniffers.All transferred data is provided in JSON format. The application performs the following requests:

Recommendations
In order to better protect their clients against mobile Trojans, the companies need to use complex solutions which allow to detect and prevent malicious activity without additional software installation for end-user.

Signature-based detection methods should be complemented with user and application behaviour analytics. Effective cyber defence should also incorporate a system of identification for customer devices (device fingerprinting) in order to be able to detect usage of stolen account credentials from unknown device.

Another important element is cross-channel analytics that help to detect malicious activity across web and mobile channels, for instance in mobile banking, crypto wallets and other, which allow for financial transfers.